Why Do People Still Play Old Games like Runescape?

Runescape released January 4, 2001, and in 2017, nearly 16 years later, the game is still thriving. Sometimes it sits in the top 20 games played and watched on Twitch.tv and the Runescape subreddit usually sits around 2k active users. For a 16 year old game, that’s quite impressive.

Sure other games like World of Warcraft still maintain a large user base as well, and other games like Starcraft:Broodwar and Counterstrike also hold legendary replayability. However, I don’t really see these long-standing games as competitors, but rather different players in the market.

Each game has lasted forever, and for different reasons. Starcraft has been hailed as an e-sport for years in Korea due to masterful game design and a near perfect balance for a RTS game. Additionally, its easier to see why games like World of Warcraft–for example, have stayed current since the game has introduced many new graphical upgrades and in some cases new game play systems like “pet battles”. Old school Runescape for the most part, is left untouched.

If you’re the type of gamer who spends too long on the computer, consider checking out one of our gaming chair guides. Here’s the perfect guide if you want a new PC gaming chair.

Why Runescape Stands the Test of Time:

Runescape is a unique game in which the players can train many skills. For example, in Runescape, you can train in firemaking, fishing, mining, cooking, and even in prayer. The list goes on to include things like runecrafting, dungeoneering, and divination. There isn’t any free to play, or paid game on the market today that includes the diverse array of trainable skills that Runescape has. Some games like World of Warcraft have attempted complex crafting systems, but the result is always lackluster with no real incentive to train in the few available trade skills.

In Runescape, the game is built around these trainable skills since the game isn’t so much centered around a “player level” but more around what skills each player has leveled up. Runescape even allows players to train in “construction” which gives the ability of house creation and the ability to create dungeons.

In Runescape, some skills takes years to max out. The max level for most skills is 99, and the amount of time invested as well as the dedication required is quite impressive. For negative nancies, you could call it a grind, but in Runescape, maxing out is a major accomplishment. So much so in fact, that when you get to lvl 99 in a skill, its announced across the whole server.

It’s not uncommon for players to form parties to celebrate max level trade skills, and each respective player who got the first max level in a trade skill has now gone down in Runescape history. Compared to other MMORPGs where you often just get a “grats” upon max level, Runescape’s long term progression certainly feels more “special”. Coupled with the fact that some progression can take years and years, “maxing out” is often some players sole goal in Runescape.

Runescape has been around for a long time. It came out in 2001, making it a staple for many middle school gamers at the time, (myself included). Back then, Runescape was one of the only browser-based games that people could play online. Even then, the graphics weren’t amazing, but the social experience was quite unique since a majority of social networks (Facebook, Myspace, Xanga) were yet to be created.

So when people come back to Runescape, or play it still, its often due to the community that still exists within the game, or fore the nostalgia factor to remember the good times of old. Due to the idle nature and PVE oriented aspects of the game, the community in Runescape often roleplays, or just hangs out and chats in towns. While it’s not as big as it use to be, Runescape’s community still manages to surprise me when I go take a look. Last time I played it I somehow ended up in a “red” clan–whom after aggressively intiating me into their clan, insisted I had to wear a red cape or I would be kicked out.

Is it really surprising they made an “idle game” off of Runescape?

Another reason people still like playing Runescape is because of how easy it is to play. Sure, there’s a lot of game knowledge to be had, and PVP can be intense, but a majority of the game is pretty relaxing and easy enough that it doesn’t require full attention.

With the advent of Netflix streaming, and things like smart phones constantly grabbing our attention, it’s no wonder games like World of Warcraft are seeing decreasing numbers of raiders. This is one reason mobile games are booming. In Runescape, you don’t have to have a 3-4 hour commitment. You can login, and accomplish small tasks that overtime mean something.

Due to the easy control method, and graphical style, it’s also easy to just click a few times a minute and glance over to actually “play the game”. 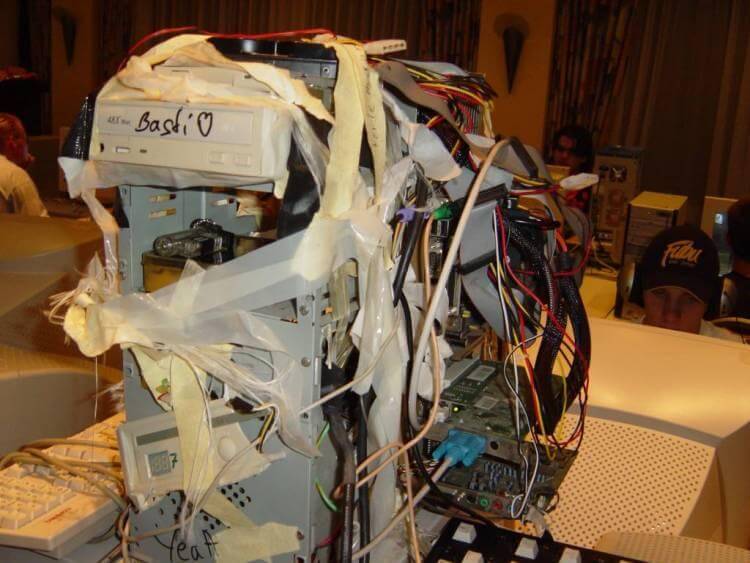 Computers are admittedly getting more and more powerful, but that doesn’t mean that everyone wants to have the best computer out there in the market. A large majority of people are buying laptops that are easy to carry around with light sexy designs. Runescape is a great game to play for someone on a limited budget that doesn’t need an expensive graphics card.