If you have yourself a good PC with similarly good specs, you could be reeling to enjoy a game or two on it. Among the best games to try out are the racing games of which you can play for endless hours. Wondering which ones to try out? We put together a list of the top racing games for your PC. All these games have proven to be the best in their class.

Need a Racing Wheel for PC? Check out this article!

For years, this game has stood out as the best of them all. It combines some of the best drivers on the racetrack such as Michael Schumacher, Mika Hakkinen and Damon Hill. Even better, the cars are as real as you would want them to be. Everything is brought to life in this game given the look of the track, the fans and sound of the cars.

If you are familiar with the FIA GT championship, then you are presented with the chance to control the more than 140 cars that are in detail with GTR 2. You can start with the Driving School Mode which will teach you how to beat the competition before heading over to the real race. You will love the many tracks and high speeds in the game.

The NASCAR race is all about speed. The track is not challenging unless you want to get ahead of the other drivers (which is really your aim here) but must go as fast as 180 miles an hour. In this game, you are going against great names in this game but don’t you worry, you have beasts with 750 horsepower and some more.

This game does a great job of bringing the speed and fun of the NASCAR track alive on your PC. With the powerful cars, you can be sure that you will give your competition a run for its money. The realness of the game is what earned the game its top reviews as you will drive cars that are very much like the real thing.

If you are a lover of speed, you will enjoy the thrill of this game. It is based on the 2003 season of the NASCAR where there were lots of special cars doing the rounds on the tracks. You have an array of powerful cars to pick from besides the 23 tracks to test out your mantle. The fun never ends with this game as the cars can go as fast as 200 miles an hour.

This game packs in at least 100 events which will test the driving skills of any driver no matter what car they pick. The cars are also a notable selection given their power and looks. In the races are exquisite locations such as Raid, Rallycross, Landcrush and many more. You can even go into stadia around the world in iconic locations.

Fans of the bike can rejoice knowing that they have a top game to pick from. Created by Electronic Arts, this game starts training you on how to speed past your opponents in the Superpole qualifying before hitting the track. The bikes are the big brands such as BMW all for your enjoyment. The race to the finish line is all yours to win.

Everything we love about Formula 1 is brought to life in this game. Based on the 2002 season of the game, it features great teams and other details to boot. You can tweak the various aspects of the game including the look and performance for the best experience. The cars handle the track well if you practice well enough to beat the tough competition. If you like tough competition, this is the best game for you.

This game is one of the few that will allow you play many types of games in one. While the main game is Burnout Paradise, there are many more games you can download within the game all with great features. There is Cagney, Bikes and even the Burnout Paradise Party. You can choose to drive the fast cars or the even faster bikes. The choice is yours.

Also known as the Race Driver: GRID, this game brings together the most powerful cars in racing on a single track. You get to tour the world with your powerful cars as you race against some of the most powerful competitors. Among the cars on the list are Aston Martin, Pagani and other notable names. The tracks are also iconic ones brought to life by very lively graphics.

If you loved F1 Grand Prix and Grand Prix 2, then you will love Grand Prix 3 even more. It is a Formula 1 grand prix game with all the bells and whistles that will make the races as exciting as you would expect from a top-end game. Go through the paces to be the champion of the racetrack.

Dedicated to the great racer Colin McRae, this game has many modes one can tackle on the racetrack. There are two modes in the 2WD gaming mode (normal and advanced), two more modes in 4WD mode (normal and advanced), Group B modes, Expert modes and rallies to race. There are also many themes you can pick from to race against the competition. Fun is all you get with this game.

This is in line with the Forza series of games that have won over many fans on various gaming platforms. With Forza Horizon 3, you get all the fun found in the earlier variants of the game plus some great advancements. The familiar look of this game is made possible by the near-realistic graphics which ensure that you get a great –but fair- challenge as you go through the races to glory. 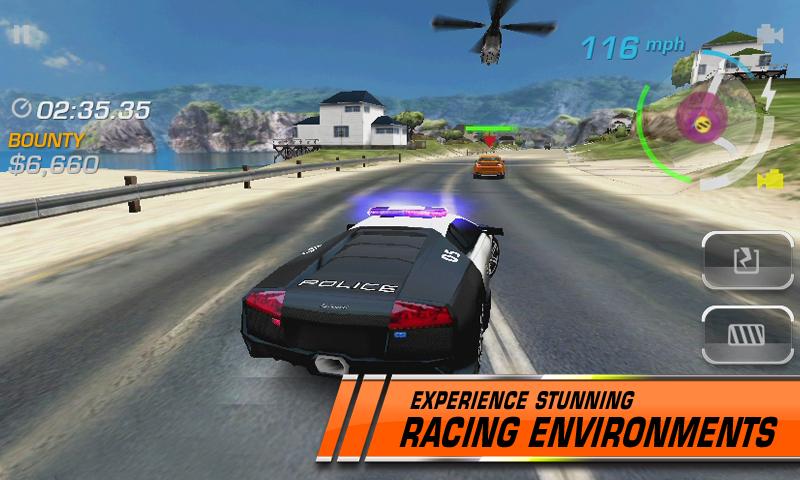 Once again, EA proved that it was the game builder to beat with the Hot Pursuit version of Need for Speed. You have to beat a rank of highly trained racers and the police to reach the final stage. You can even race other gamers as you wish. Before you get to the end, you’d have really sweated it.

This game brings you the 2016 F1 season which featured 21 tracks and 22 drivers all battling out for the championship. It is the first game of its kind given that it featured even the behind the scenes issues that go down in Formula One. You can slowly build your team as you edge towards the victory in the small but powerful cars. It is the most enjoyable game in the Formula One series if you want everything about the game besides the races.

With a PC, you can upgrade the specs as your games will need of you. Running out of RAM? Get some from the local tech shop and install the new game you want. These are some of the benefits of having a PC for your games.